Although it is already one of the major formats on the market, there is still a halo of urban legend and myths about 4K TVs. Surely you are interested in continuing reading since it is time to bury these 7 myths to Buy a 4k tv or not. Read all the myths and decide what will you do.

The TV 4K UHD has continued to lower its price over the past two years, sweeping the market for Full HD TVs. The temptation to buy a cheap 4K TV right now is so strong that it is almost impossible to resist the quality offered by even the most affordable 4K TVs. But before deciding anything, there are certain myths about 4K TVs that you should know are completely false. 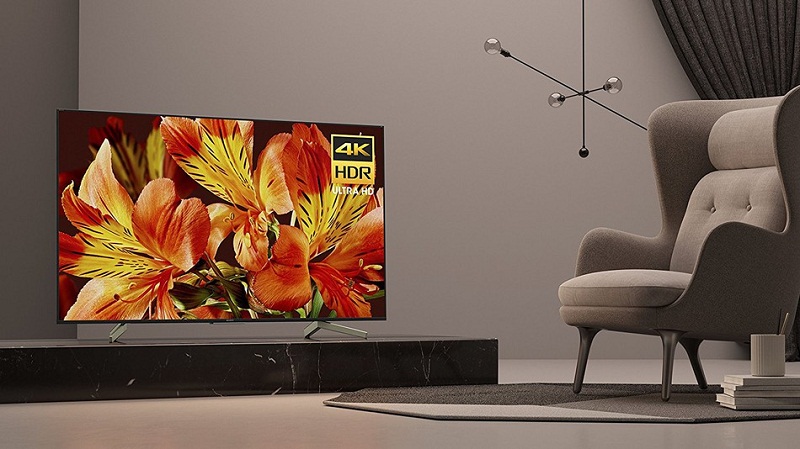 The urban legends have proliferated feeding in the bar and family meetings with the brothers-in-law, where there is someone who says that they are going to buy a 4K TV, or who warns and advises by hearsay and based on half-truths that do not do more than confuse and cause a bad choice of the television.

Some tips will help you when buying a television if you have no idea how to choose your TV, tricks to recognize which models are going to give you better video quality and sound at the best price.

Buy a 4k tv or not myths

Buy a 4k tv or not, it is a great confusion. The catalog of 4K TVs is already quite broad and diverse regarding models, sizes, and technologies, with affordable TVs within reach of any pocket, and others much more expensive unattainable for most mortals, so it’s time to move on to discard old legends about this technology. Here are the 7 myths when buying a 4K TV that it is time to bury. 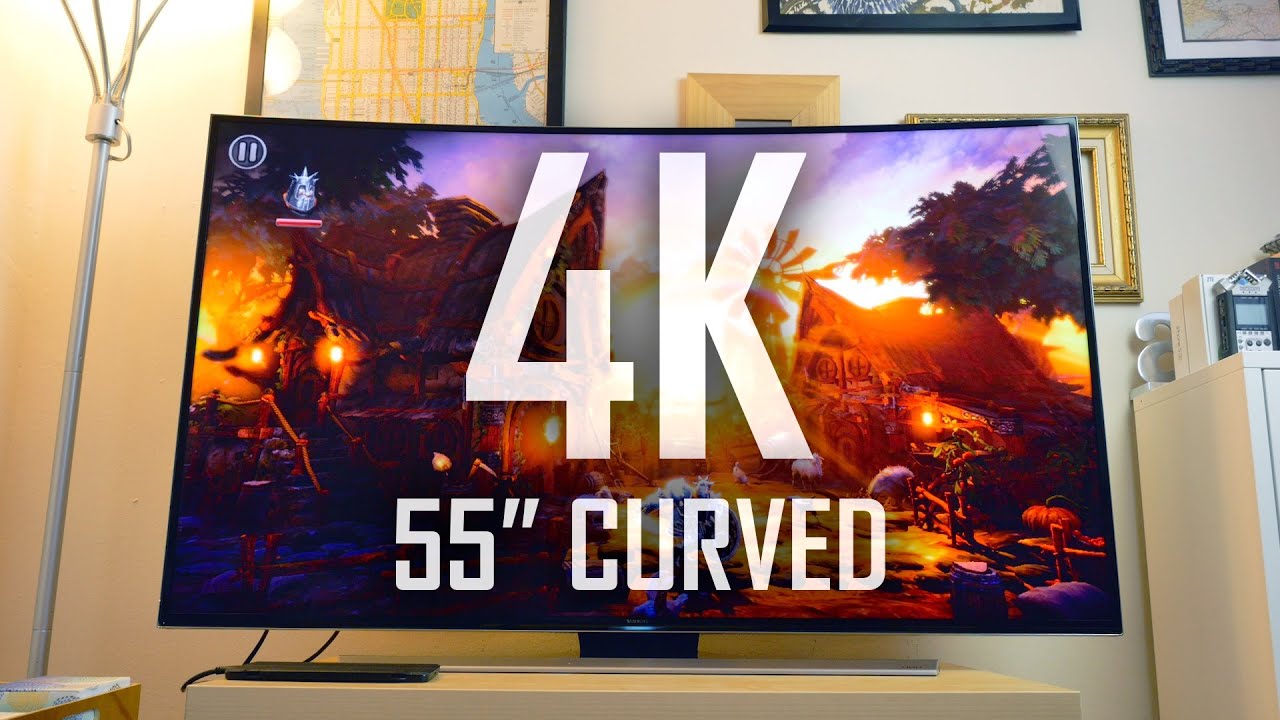 Several years ago the 3D TVs arrived, now completely disappeared, and the curved screens. These panels are more expensive than conventional and, supposedly, better because they draw the same curvature as the human eye and the images obtained are perceived more naturally than on flat screens.

Why do we say they are supposedly better? Well for the simple reason that a curved 4K TV has some added problems and is not recommended for everyone.

The technology of the curved screens is perfect for monitors and desktop screens, for working and for gaming. They allow to cover more field of vision without having to turn the head, but not the most recommendable televisions like the family TV of the living room.

The main problem with curved screens in a family room is the viewing angles since not all family members can sit perpendicular to the center of the screen. When you have a flat TV, it does not matter if the viewing angle is slightly lateral, but with a curved TV the problems are accentuated, and the image is slightly distorted when viewed from the side.

That can mean a whole family battle to occupy the front seats to the television because to see it well they have to do it in front. 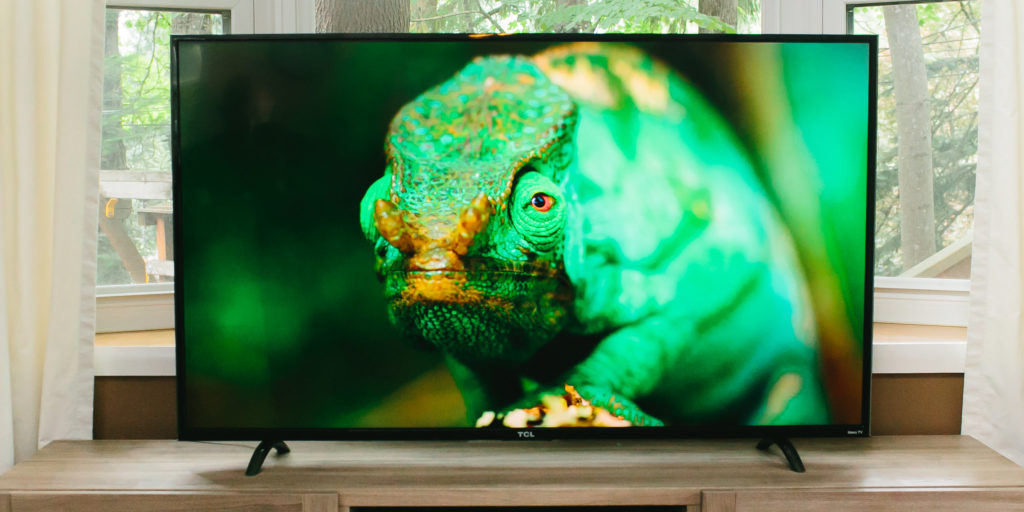 2. The refresh rate is key

Do not mislead us with the title of this section: yes, the refresh rate is important, but it should not be a key for you when buying a television since the data provided by the manufacturers on your specification sheet is, the less, deceptive.

A higher refresh rate is a very desirable feature for any quality TV because it allows you to see the action scenes or major sports competitions without the movement being out of focus or blurry, but is the number given by the manufacturers reliable? Not always.

It turns out that manufacturers use several systems to measure this refresh rate and techniques that do not always reflect 100% reality. We do not say that brands are cheating you, but have not yet reached a consensus on how to make those measurements, and no independent authority standardizes the size of this value.

That’s why when buying a Smart TV with 4K you should not base your choice or choose a specific model guiding you only for this value. 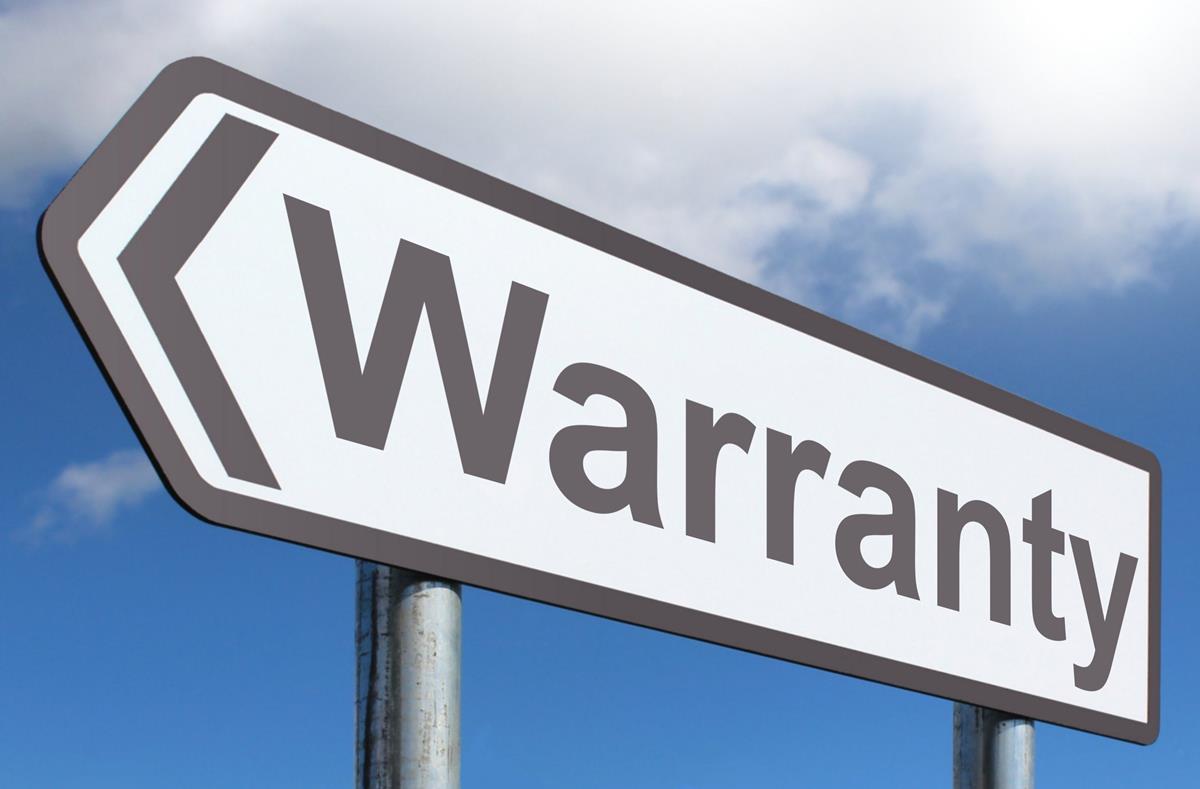 3. It’s worth paying for an extended warranty

Some manufacturers and stores offer customers to pay a little more in return for a longer warranty period, which is not worth it.

It is a myth that a 4K television needs this additional guarantee. This is a more than sufficient term to amortize the investment in most cases or to reveal possible manufacturing defects that would be eligible for coverage under the TV warranty.

Also, it is unlikely that a TV will break down or fail after that period. We do not have data, but it is almost certain that the majority of devices endure much more without problems. 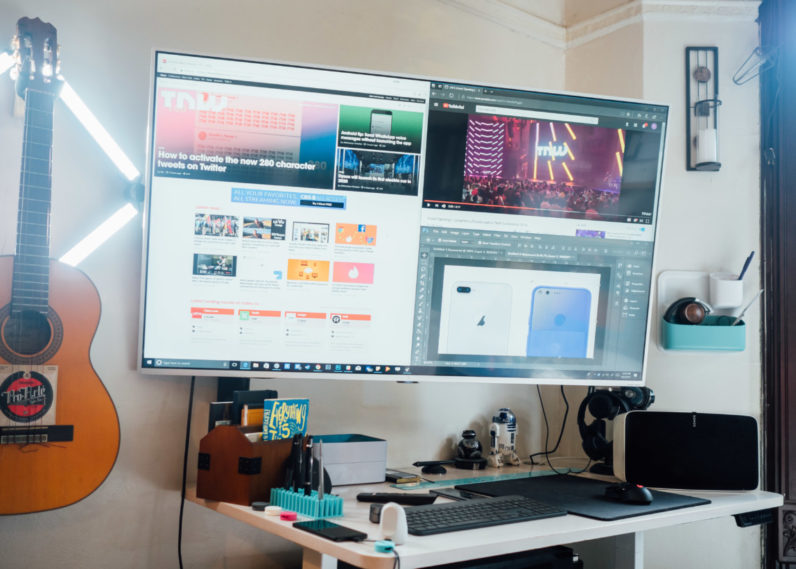 4. If it looks good, it sounds good

Affirming this and also believe that it is true is a serious mistake that can lead to a disastrous choice of your TV. That television has a good screen and offers an excellent image quality, in no case means that the audio system also shares that excellence.

In fact, in most cases, the sound is one of the Achilles heels of televisions. The main reason is the lack of physical space to integrate quality speakers. For this reason, it is common for thinner and more stylized high-end models to include an external soundbar.

Maybe the panel can be spectacular, but the sound needs to be tested to decide if it satisfies you. The best thing to do is to read some expert analyzes before taking the step since in the same store it will be difficult for you to know if the TV to which you have cast your eye sounds good or bad. 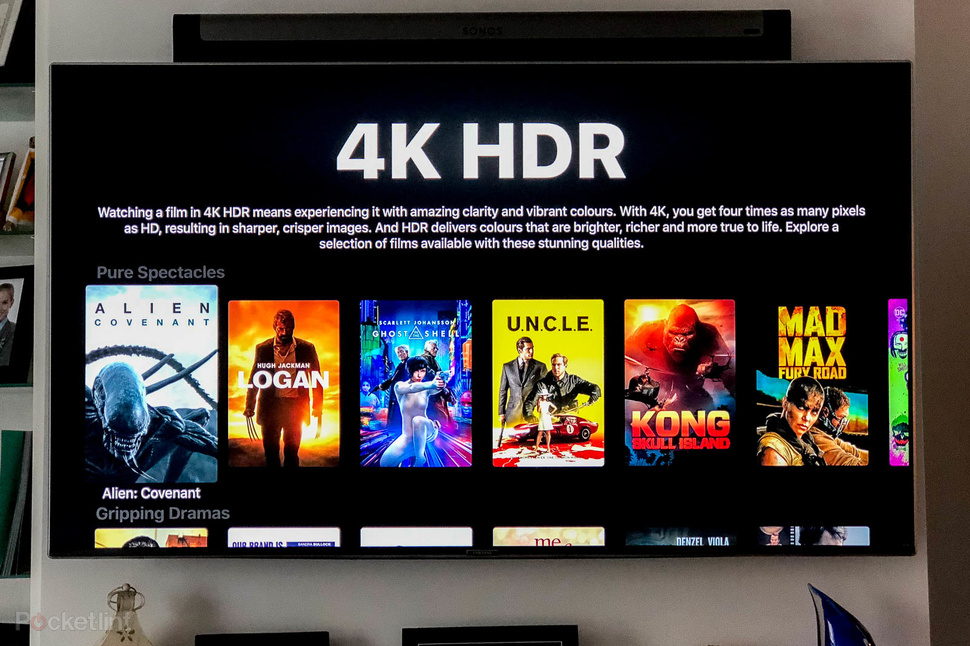 The HDR is a technology that has come to stay and will be gaining presence in models of all TV ranges. Currently, it is already present in many televisions, monitors and also in mobiles.

Surely it will end up standardizing when all manufacturers include it by default, something that does not happen for now. Like any new technology, each brand develops its interpretation of that technology, which during the last two years has increased different formats of HDR. Of course, all incompatible with each other.

Currently, there are five predominant HDR formats, so the ideal is that your TV covers the maximum number of HDR formats possible since it is useless to have the Dolby Vision system, if then the content is HDR of Technicolor.

If there is a strong candidate to become the reference standard in HDR, that is HDR 10. It is an open standard that all manufacturers can freely integrate, while for Dolby Vision or other standards it is necessary to pay a license and integrate certain hardware. 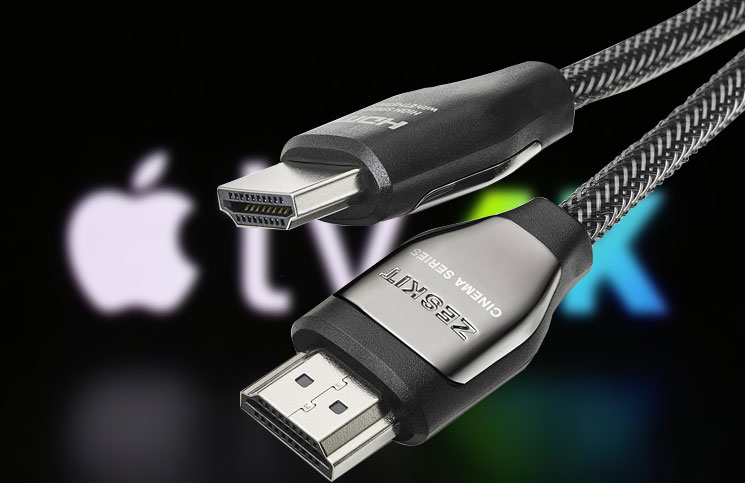 6. Any HDMI cable is going to serve you

There are many types of HDMI cables, from the cheapest to the most expensive, but not all will be used to send content to your brand new 4K TV. Some are going to give more problems than joys.

Here we explain more extensively what types of HDMI there are and how they differ. What is the best HDMI cable for an Ultra HD TV? It is the 2.0b standard, compatible with 4K and Dynamic HDR. 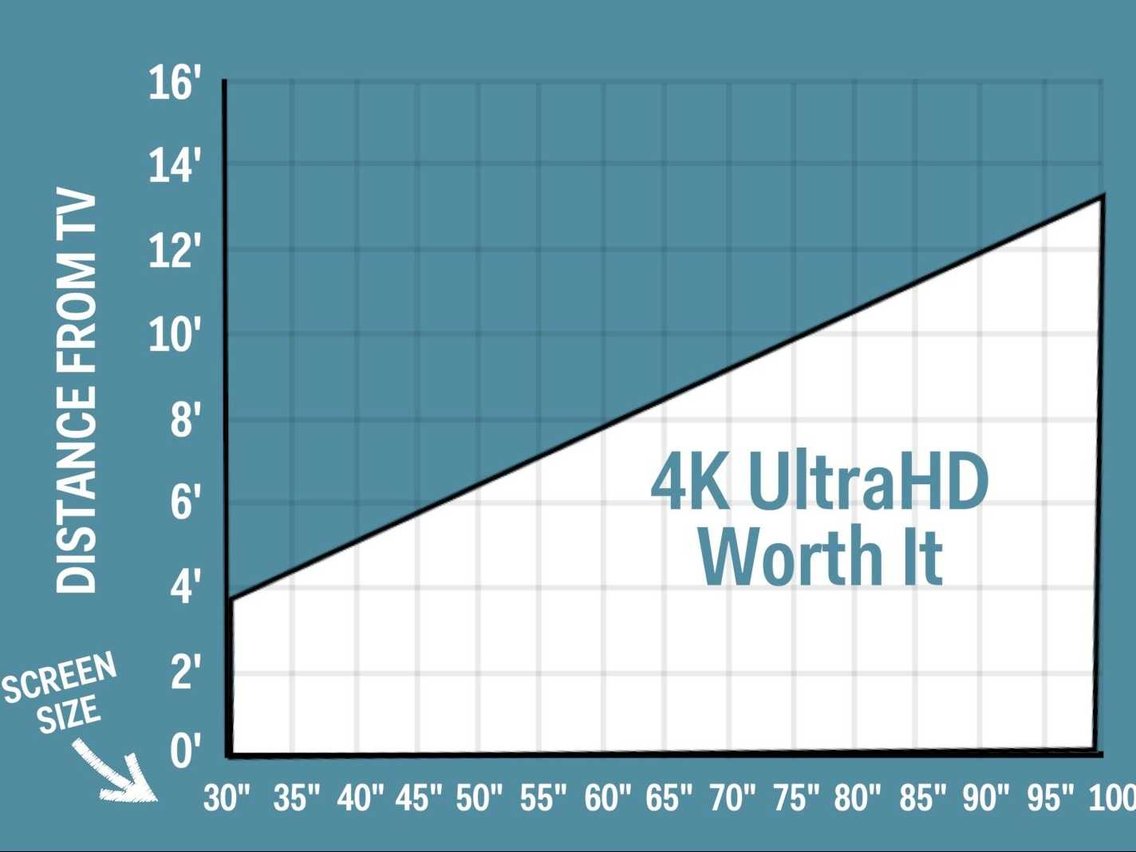 However, although some have their doubts about it, what is clear is that TVs with 4K UHD resolution have already swept their counterparts in Full HD from the shelves, is even difficult to find a good Full HD TV. Even more so considering that currently, 4K Smart TVs have such an attractive price that only for that reason it is worth taking the step.

You can buy a good 4K TV for just 400 to 500 dollars, although if you wait, you will have a better one for the same price. There is already enough content to enjoy Ultra HD right now. YouTube already offer 4K content, so buying a 4K TV is not a crazy idea.