If you intend to plant herbs among the paving in the garden path or near the borders, it is important to know that you have a wide range to choose from. In fact, these are specimens that grow regularly even if trampled on and mostly consist of green and quite voluminous foliage. Having said that, here is a list of the best plants for walkways. 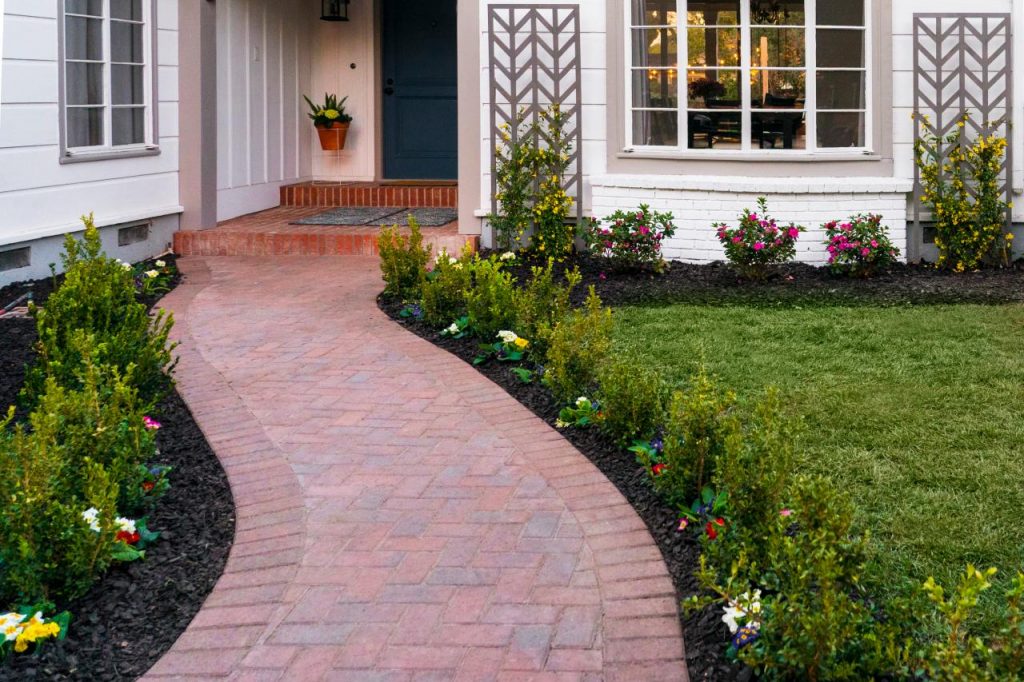 Among the herbs that are best suited to be grown between the joints of pavement, it is worth mentioning the Ajuga reptans. Specifically, it is a specimen of the creeping type, which grows luxuriantly in shady and rather humid areas. As for the morphological structure, this grass shows very small rounded leaves and which periodically also gives small flowers in the shape of an ear that does not exceed two centimeters in height with a delicious bluish color.

The thyme of the serpillum species is undoubtedly the type of grass that is the most popular among the creeping ones, and therefore it is very suitable for decorating the paved pavements of a garden and an attached driveway. Among other things, it is a specimen that tolerates the salt very well, does not require special care and spontaneously makes its way between various joints and interstices creating beautiful decorations even among any rocks present on the sides of the pavement. The very small leaves are present all year round, and in the spring period between them bloom flowers of a beautiful pastel pink hue.

Another herb that is among the best to be planted in the natural interstices present in the paved pavements is that which is identified with the botanical name of Agina subulata. It is a specimen that grows in shady areas, and requires a fair source of water but without excess. Generally, it only produces blades of grass and a few small leaves, but flowers with a whitish shade rarely appear.

The Stachys lanata among all walkable herbaceous plants is the ideal one to plant in the pavement as it is easy to propagate and does not need any care. From a morphological point of view, it has small grayish leaves covered with a light down. In addition, the shape is significantly elongated which makes it ideal not only for pavement in a garden but also to cover the flooring of the same material that is generally used as the basis for a gazebo positioned on a terrace.

Moss is another type of grass that grows spontaneously and is suitable for decorating and filling the joints of a paved floor. Among the various species, the one most used is Bryum argenteum which is ideal for planting in a rock garden with natural stone pavement. From a morphological point of view, it appears in a bushy form, and as it grows, it takes on a rounded shape which is particularly decorative between the joints of the paved floor, significantly improving its aesthetics.

How to make a white patina? Follow the guideline

Whats right for you solid or engineered wood flooring?

How to build a stone fireplace for a cabin? Step by step

Why servicing your boiler is important

Perfect Tips to Arranges your Room

How much can the right kitchen add to your property’s value?

Are you decorating your home for St Patrick’s Day?