You do not have to endure the slow dripping of a dripping tap, nor the stain left in the bathtub or the shower. Fix it now and save yourself those headaches, besides saving on the water bill. Here, we’ll show how to fix a leaking tap.

How to fix a leaking tap? 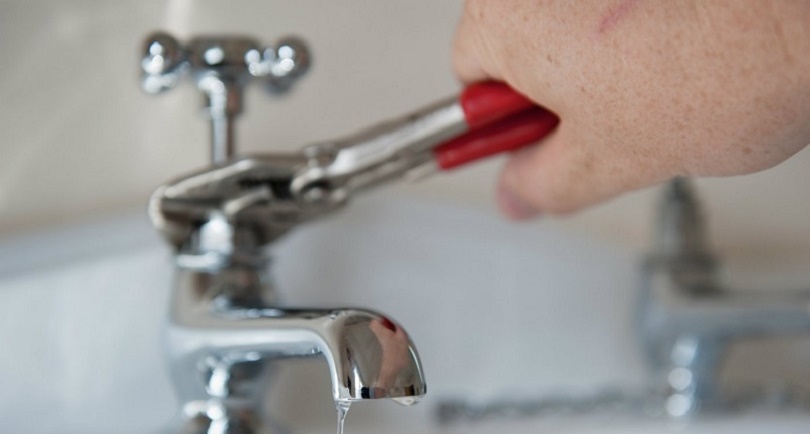 Then we propose in a few steps how to fix a tap that drips easily and with little cost.

Rubber grommets, seals or worn gaskets in the valve are the cause of many of the drips. Here we will show you how to fix a check valve (with the spout), which is common in old faucets and double magicians (which separate cold and hot water). 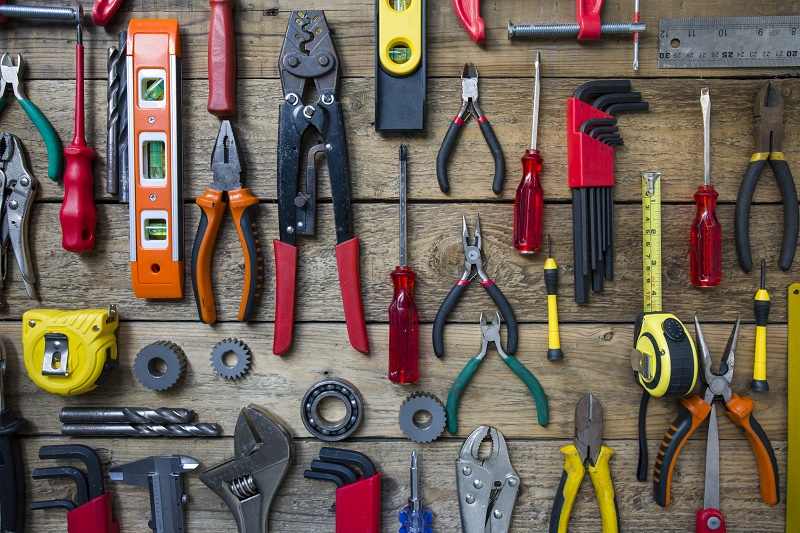 Prepare the necessary tools for this DIY job before you start. You will save time and frustration.

Avoid having to go to buy at the last minute preparing your materials to be ready ahead of time. Here is a list

Step 1: Make sure you have spare parts available 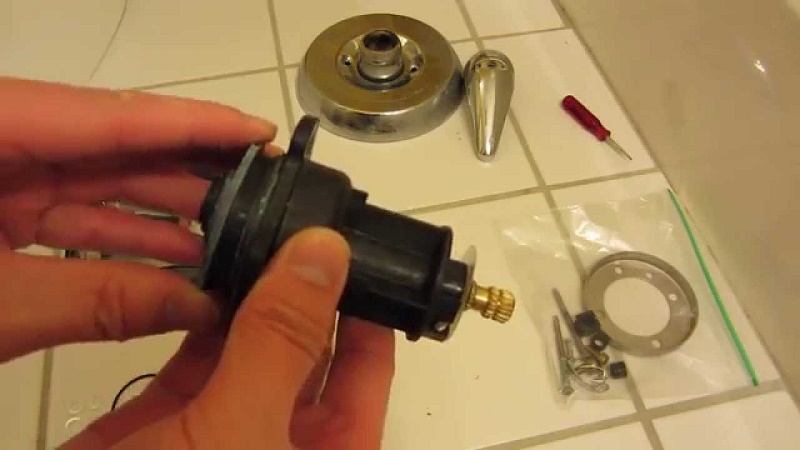 You can fix many of the problems with spare parts that you can get at home stores or hardware stores. A distributor of plumbing parts will have more variety and will be able to offer special orders and hard-to-find items (see the section “Plumbing and Spare Parts in the Yellow Pages of your city or on the Internet”). There are thousands of spare parts available for faucets, so you should take the old parts with you when you go to the store to buy the correct ones. If your valve is very corroded or if the bottom part is very worn, replace the complete tap. 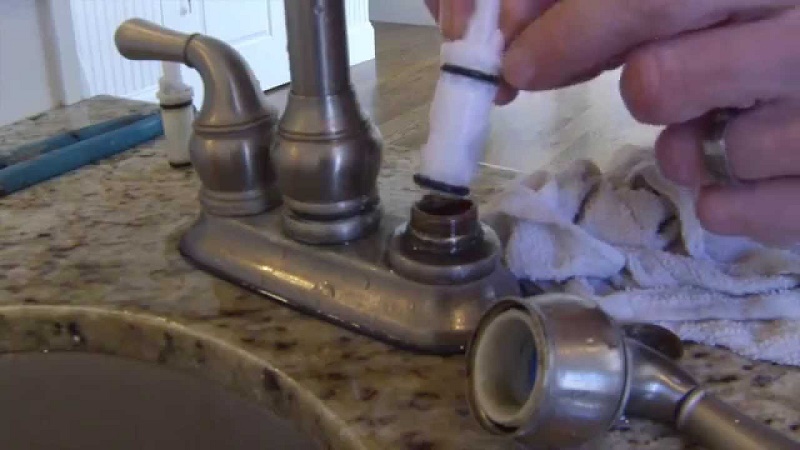 Removing the faucet is the hardest part of the job. With the passage of time, corrosion can attach the handle to the rod. Remove the handle. If the handle does not come out, do not force it (it could break). Instead, remove it using a special tool, a handle. When the handle is already out, unscrew the body assembly and the spout. The pipe assembly controls the quantity and temperature of the water that comes out of the bathtub spout or through the shower head. Remove them with a special faucet for bathroom faucets, which looks like a spark plug wrench in a big way.

Leaks usually occur for two reasons. Over time, the seat washer hardens and does not settle tightly. And the pressure of the water erodes little by little the brass edges of the seat. Replace the seat with a special key for seats.

Step 3: Lift the lid on the handle 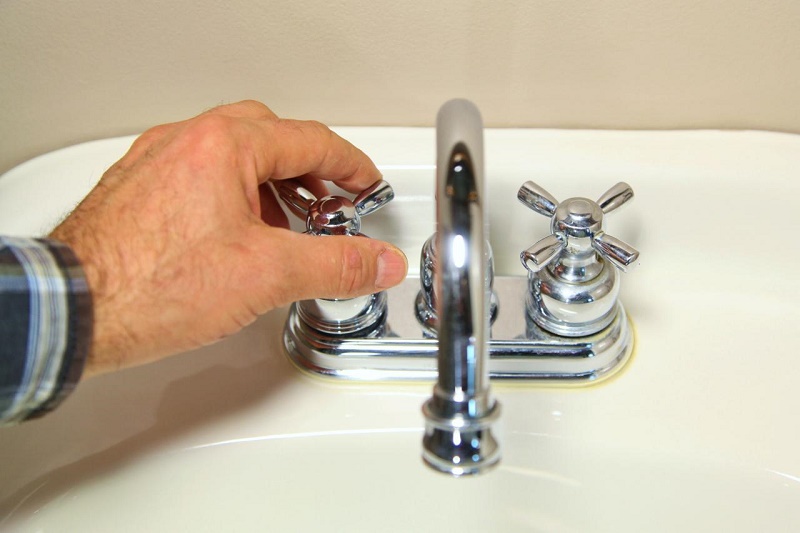 Close the faucet tap water and open it so that the rest of the water comes out of the system. Lift the lid of the handle with a thin blade or with a knife.

Step 4: Remove the screw from the handle 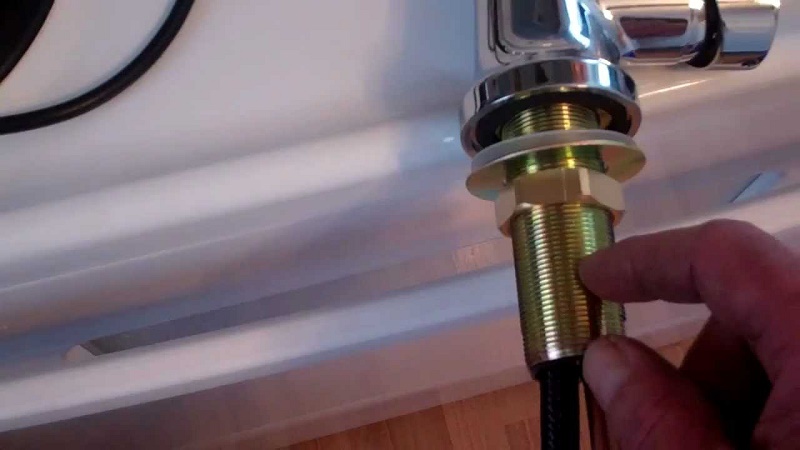 Remove the screw from the handle. Then, move the handle a little and pull it out by pulling it. If the handle does not come out, dry it with a hairdryer and release it. Be careful; if you throw too hard, it can break.

Step 5: Jump the handle out 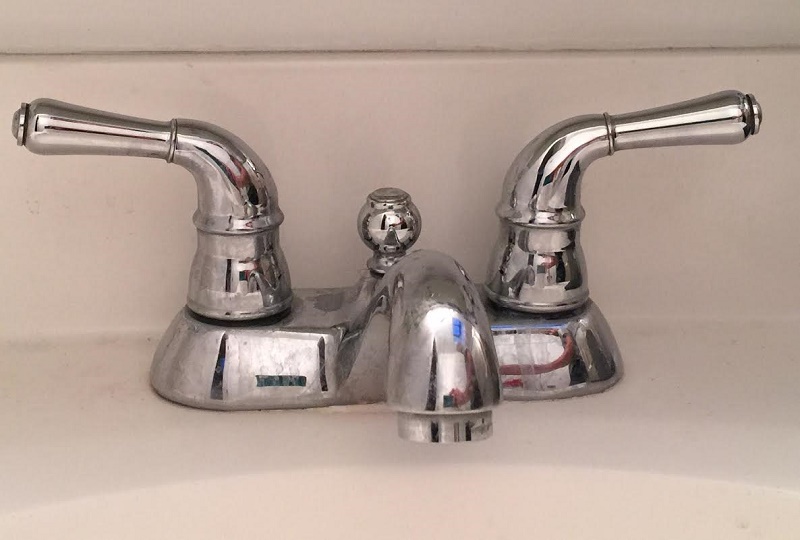 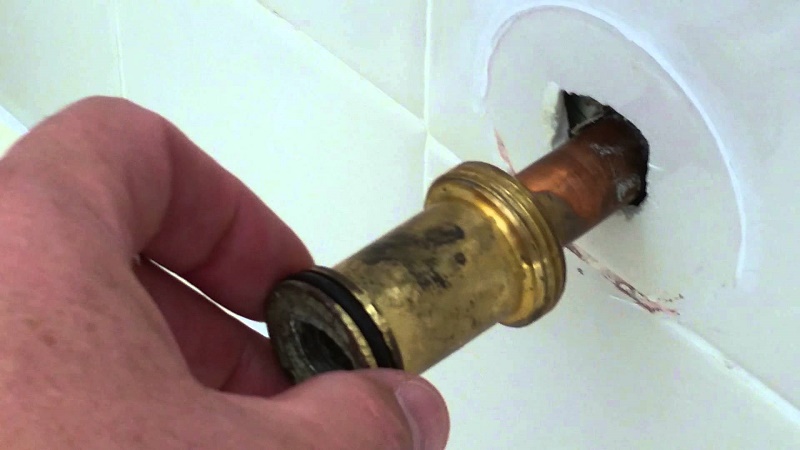 Slide the water in the bath to the spout and turn it counterclockwise to separate the loose spout. If it is stuck, soak it with enough lubricant. Unscrew and remove the pipe. 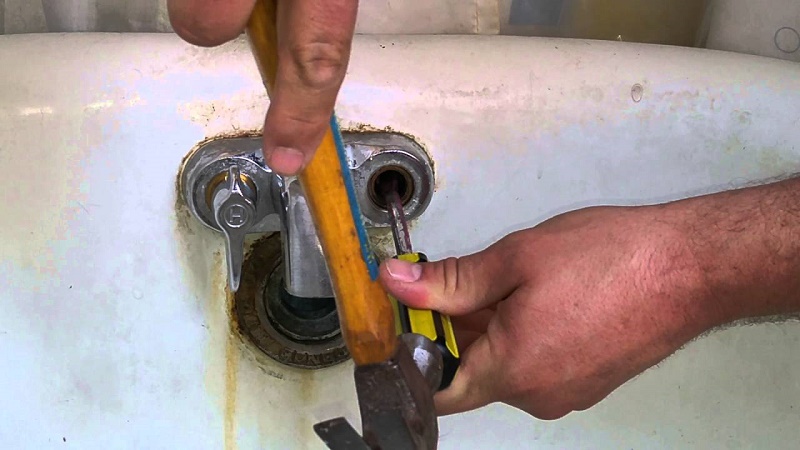 Press the seat key firmly in the center of the seat. Turn counterclockwise to disengage the seat and remove it. If it is stuck, soak it with enough lubricant. Place the threads of the new position with the pipe compound and screw it into the frame with the seat key.

Step 8: Replace the parts of the pipe 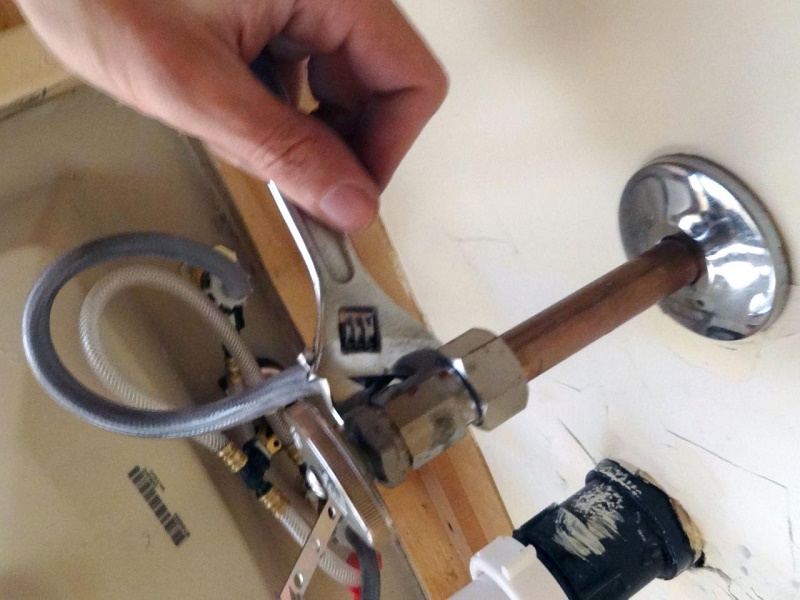 Figure A shows the refills of the pipe and how to prepare the pipe to reinstall it. Lubricate the parts with a special plumbing grease. If you are working on a two-handle tap, we recommend replacing the washers and seats in both the cold and hot valves.

Instructions for replacing the pipe

First, unscrew the pressure nut. Turn the spout clockwise and then out of the cover. Remove the old washer with a small flat-tipped or pickaxe screwdriver. Grease the threads of the pipe and reinstall the pipe in the valve cap. Grease the new washer and slide it to the site. Then, grease the pressure nut (stuffing box) and tighten the nut tightly. Use the plumbing grease.

Second, remove the old nut from the seat and the old seat washer. Grease the new seat washer and the screws of the new nut and reinstall them.

Third, remove the old cap from the valve, grease the new one and slide it to the site.

Fourth, apply the compound for pipe joints at the edges of the cap and reinsert it in the body of the faucet.