The sink and bathroom drain is one of the pipes that suffers the most clogs due to daily use. Food residue on dishes, detergent solidification, throwing paper or wipes, or spilling other residues such as oil can cause pipes to become clogged, causing blockages and a bad smell. Prevention is essential to avoid unwanted plugs that can lead to a greater problem and damage to the pipes.

If you want to know how to clean kitchen sink drain pipe and what practices you can carry out to avoid clogs, do not miss the following article in which we give you the best homemade and easy-to-apply tricks to remove plugs in pipes.

The pipe storm sewer is installed during the construction of a house to relieve excess rainwater on the terraces or backyards. They are installed outside and usually have channels in the roof to direct the water to the drain. These pipes can become clogged due to the accumulation of leaves, dirt, or other debris. Find out a drain cleaning company or try these steps:

Next, we will tell you other easy tricks that will help you know how to unclog kitchen or bathroom pipes. 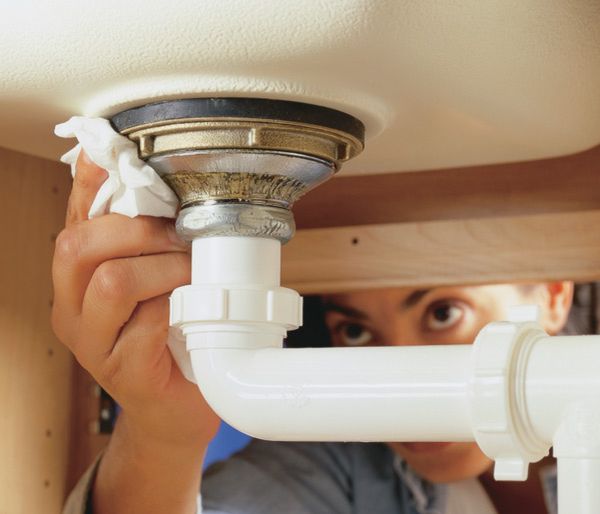 The salt mixed with the hot water not only helps to remove and wash the debris that is in the pipe with it, but it also serves to eliminate the bad smell caused by the waste stuck in the pipe. This home remedy is only effective for minor drain clogs, so it’s good to do it every now and then keep your pipes clean.

How to do it

Sodium bicarbonate is one of the so-called base compounds; on the other hand, vinegar is made up of acetic acid. Mixing a base compound with acid creates a reaction known as an acid-base reaction. This reaction gives off a carbonic gas that manages to penetrate the pipe’s plug, helping to undo it. For that reason, baking soda and vinegar cleaning mixture are so widely used in the kitchen.

To be more effective, we recommend that you leave it on for a few hours and avoid pouring water into the drain pipes for at least two hours.

Chemical yeast has an action very similar to that of sodium bicarbonate. Together with an acid product such as vinegar, it creates an effervescent reaction that helps to drag dirt or traces of grease stuck in the drain.

And if the jam is very strong, we leave you this remedy that combines all the ingredients of the previous remedies to help you undo the most stubborn plugs. Take note of this homemade trick and you will know how to unclog pipes without the need to use commercial products to unclog.

How to do it

How to keep pipes from clogging

To avoid clogs, whether, in the kitchen or bathroom plumbing, prevention is paramount. These are simple gestures that will not involve any effort and that will help ensure the good condition of the pipes and pipes and prevent bad odors.

Pour 4 cups of boiling water to dissolve the accumulated fat at least once a week to maintain the pipes and leave them clean.