Traditionally the kitchen occupied a secondary place in the house, usually hidden in the back. Many times being worked in the kitchen meant being isolated from the rest of the house. In the last decades, this has changed, the kitchens have been opened and have become the center of many modern houses. Sometimes they are even the place where visits are received, or children are helped with their duties.

It does not mean that there are no people who prefer the kitchen still have a secondary place and prefer to separate it from the living room and dining room. There are many people to whom this trend does not convince and prefer closed kitchens. Unclog kitchen sink if you need. 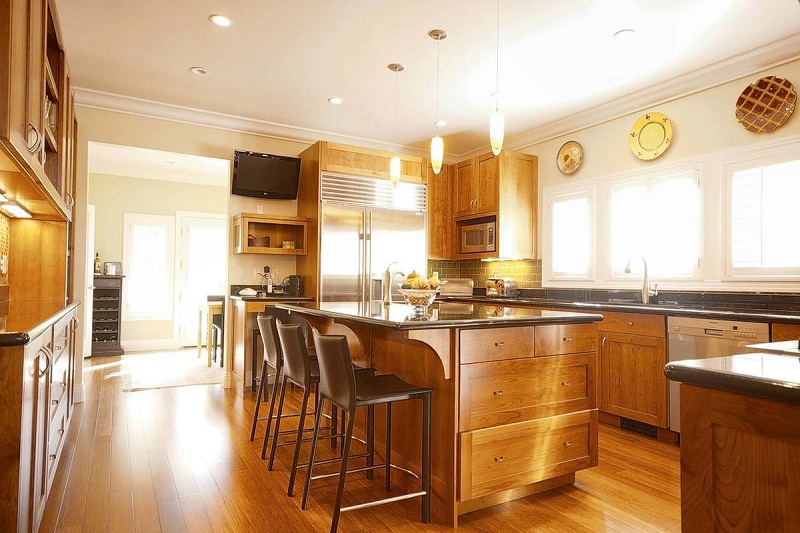 Both types of kitchen design are valid and have their advantages and disadvantages. Here you will find a small summary with which to help you choose between open and closed kitchens.

Perfect for multiple tasks. By joining the kitchen with the dining room or the living room, a space of greater amplitude and possibilities of uses is achieved. For example, parents can watch their children while they are in the kitchen. They can even prepare dinner while working on the computer or any other task.

As there is more open space, there is a greater chance that there will be more light. More likely we will have large windows to illuminate the room for much of the day. What also helps us save on the electric bill.

The feeling of spaciousness is greater when merging several spaces, especially when you have a small lounge, a small dining room, and a small kitchen. 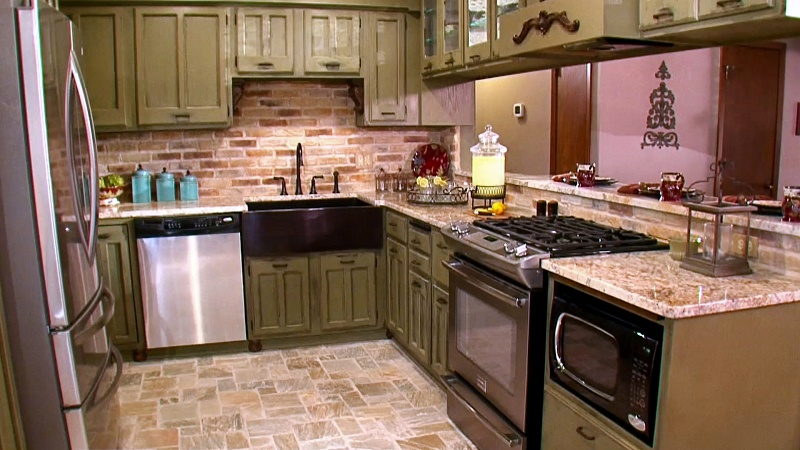 It is not possible to hide the mess of the kitchen. A real house in little resembles those of television and decoration magazines. They are not completely clean and completely neat throughout the day. It is a workspace where the disorder and some spots are frequent at certain times of the day. We can not forget the smells and the smoke.

The latter, the smells, and smoke, are one of the problems of open kitchens that are mentioned more. Even with the best extraction system, the smell can spread through the rest of the house. The extractor hood is therefore essential in an open kitchen, not only a good model with good performance. It is also important the placement of this and the pipe system or conduction for air extraction.

Another disadvantage that is usually mentioned is the noise of some appliances. The extractor hood is usually the most mentioned, but as we said it is essential. Realistically this is a problem that has practically disappeared or at least has been greatly reduced. The current appliances are much quieter than those of yesteryear.

The kitchens open to the living room may require large works. It may seem that pulling the wall that separates the living room and the kitchen is simple and cheap, but it does not have to be. If we also wanted to add an island and that it had a sink or some appliance, the works would be further complicated due to the plumbing and electrical wiring. 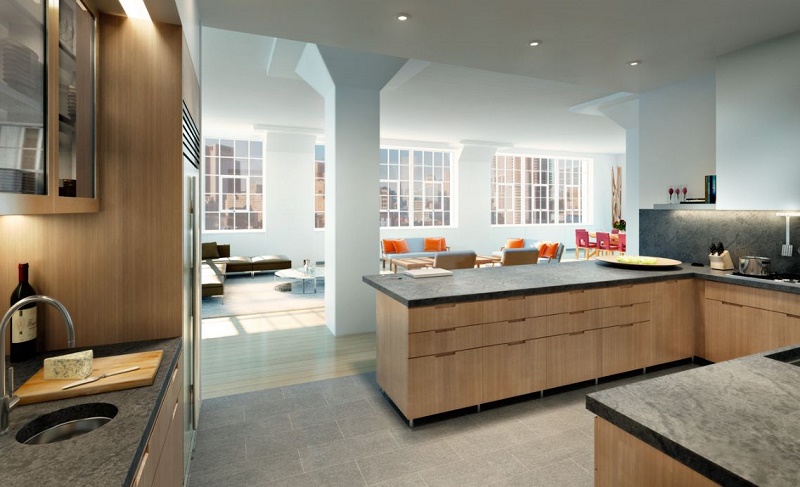 There are different methods with which to separate the kitchen area from the living room without having to build a wall. On the one hand, we have very light ways of doing it, but they require certain planning such as using different types of soil for each area. By doing so, we will get as much open space as possible and no element blocking the passage. With laminate flooring, it is relatively easy and economical to get. On the other hand, there are those who prefer to use elements that delimit the zones and that can be more or less fixed. A kitchen island, a closet or a shelf or even the sofa can be used for this. 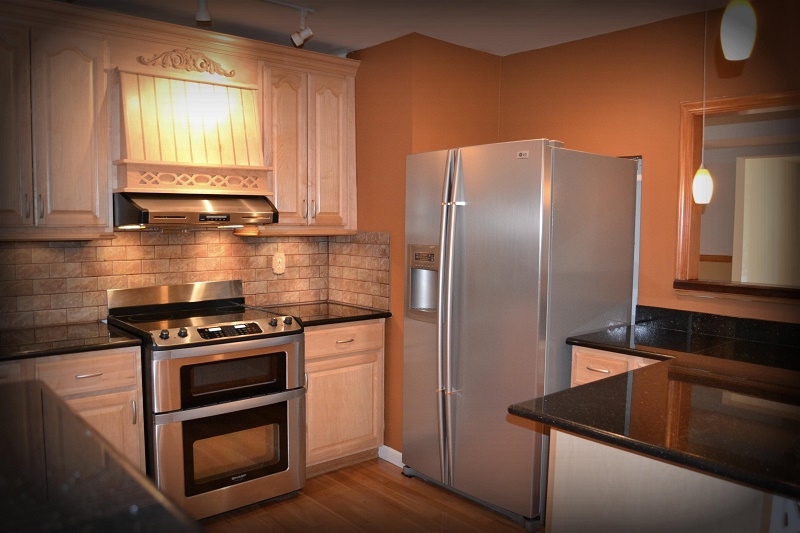 We are many who at some time want to enjoy the tranquility in the kitchen, to be in front of the fires with a glass of wine. It is impossible in an open kitchen unless we are the only ones at home at that time.

Let the magic, and what is not magic, stay behind the doors. The noises smells and even the typical dirt of the kitchen can sometimes disturb the peace and tranquility of the home. In a closed kitchen, a simple door can solve this problem. Let’s not talk anymore when we have unexpected visitors.

For those who like to hang decorative elements of the walls, not only paintings, the closed kitchens provide a greater surface. But not only in the kitchen, but also in the living room. This is a secondary issue. 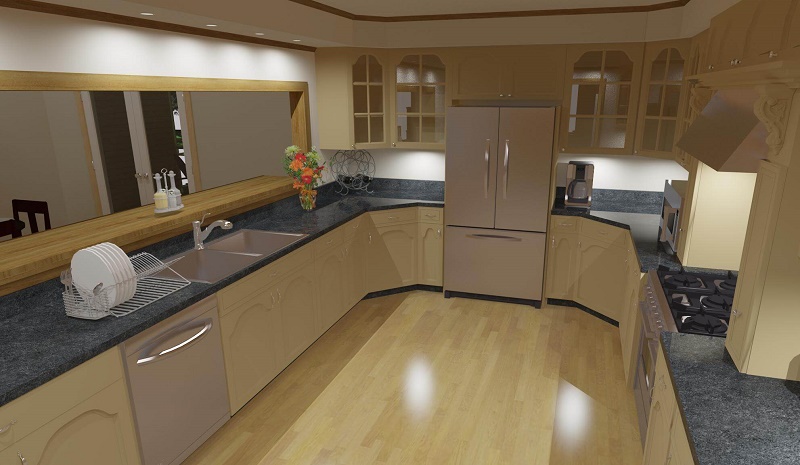 Multitasking is something more and more frequent, and in many cases inevitable. In an open kitchen, we can be on the computer, the television, watching the children or attending to the visitors while we cook. Also, it is not necessary to bring all the dishes down the hall to the living room or dining room.

Closed kitchens require more space. If we have a large house, this is not a big problem, but if we live in a small apartment, every meter counts.

What happens with the dining room in open kitchens?

In most cases, it simply disappears. It is a space that in most cases did not receive too much use, some special occasions throughout the year. This trend is maintained even in those houses where space is not a problem. 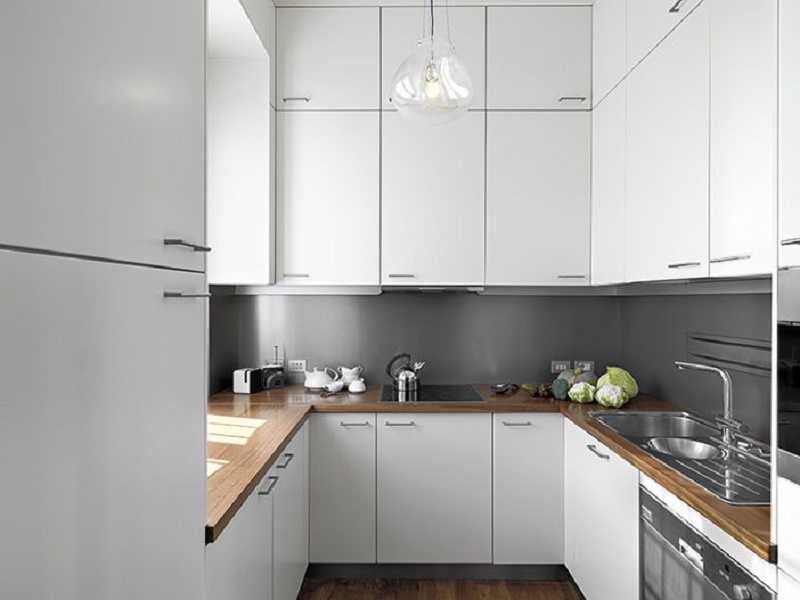 When choosing between open or closed kitchens and the project of a house is faced from scratch the owners currently tend to lean towards the first. Many comments that because they see more advantages than disadvantages.

However, when these spaces are separated, and the owner proposes a reform, few people finally, even having the possibility of doing so, merge them, and end up staying with the kitchens closed. It is possible that this decision is due to the additional cost involved in the work of this type. This will not only affect the kitchen as it is difficult for the decorations to be completely compatible and we will have to make some changes to our new kitchen open to the living room. What happens with the dining room in open or closed kitchens?