One of the most fascinating of all the ancient cultures are the Egyptians, who were heavily influenced by the animal kingdom, and you can easily find animals adorning the walls of ancient Egyptian temples and written in Hieroglyphics. 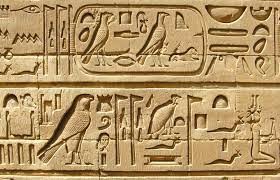 The Scarab Beetle – One of the animals that are most synonymous with Egypt, these beetles were believed to be responsible for pushing the sun over the horizon every morning. They can be found on many places, from doorhandles to inside the pyramids. 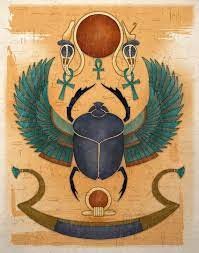 The Ibis – Another sacred animal, these birds sadly now longer live in the wild in Egypt due to habitat destruction, but they were highly regarded by ancient Egyptians and were associated with wisdom – the God Thoth had the head of the Ibis to represent this.

Cats – Of course, the Ancient Egyptians adored cats and worshipped them. The Goddess Bastet had the head of a cat and you will find many examples of this in beautiful works of art from Ancient Egypt.