Rosemary, with the scientific name Rosmarinus officinalis, is a very popular aromatic plant for its many beneficial properties and pleasant smell. However, although we all know this plant or have ever heard of it, few know that there are a large number of types of rosemary.

If you want to learn more about the different types of rosemary, keep reading us in this article. Do not miss the opportunity to give life and a pleasant aroma both to your home and to your dishes. 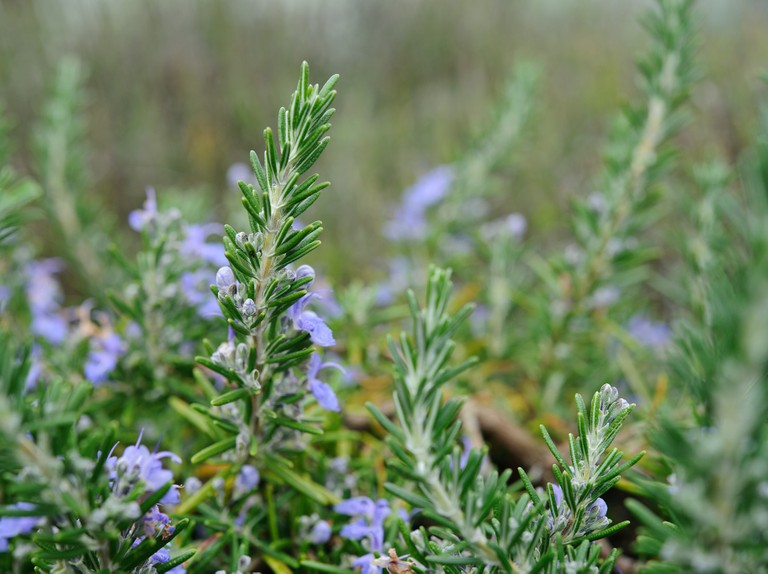 This vertical rosemary is characterized by its small blue flowers, in addition to its great capacity for growth, which makes it serve both as an ornamental plant and to form hedges. It can reach up to one meter in height and in diameter. It needs a lot of suns and more humidity than other varieties, as well as well-drained soil.

The Blue Boy is creeping rosemary that rarely exceeds 5 cm in height. It produces blue flowers like most varieties, edible, as well as particularly aromatic leaves. It can live for several decades in the right conditions, being very little demanding in terms of water.

Rosemary from the island of spices reaches heights of more than 70 cm, which is why it is commonly used for hedges or small topiaries. It is one of the spiciest types of rosemary to cook with, so it should be used with care if you are not used to it as a spice, although of course, it is perfectly edible and highly appreciated.

Another type of creeping rosemary, although in this case, it is common to grow it in baskets and other hanging containers. It is a variety of hanging rosemary that grows best in hot climates, requiring a large amount of light.

Arp is rosemary that stands out above all for its great resistance to cold, being one of the varieties that supports the lowest temperatures. It gets its name from the editor of the Arp town newspaper, which also had the same name.

It is also called Golden Rain or Golden Rain. It is rosemary that partly lives up to its name, with leaves that turn bright yellow in spring and autumn, although in summer they regain their healthy dark green.

Other types of rosemary

There are more varieties of rosemary in addition to the ones we just saw in depth. This is a list with some of their names:

The Rosmarinus officinalis plant belongs to the Lamiaceae family and has its origin in the Mediterranean area, where it grows naturally from the coast to altitudes of about 1,500 meters. These are the main characteristics of rosemary:

Rosemary is a plant that, in general, is quite rustic in all its varieties. However, to be able to enjoy a plant in good health, it is better to know its specific needs. These are the requirements for growing rosemary: