Transform the roof into a green space where you can enjoy a garden or an orchard. Discover 7 rooftop garden benefits. Did you know that a garden roof can reduce the cold considerably in winter and the heat in summer in the interior of the building? Installing a garden or a vegetable garden on the roof will improve comfort in our home while we can enjoy a green small space nursery without leaving home. It is a place to take care of the garden or teach our children to grow their fruits and vegetables. Not to mention the environmental benefits of increasing green areas in the city.

Mainly, the vegetal or garden roofs are divided into two types: extensive and intensive. The first, also called ecologically, need a substrate thickness of fewer than 15 centimeters and are designed to house plant species with little need for water. They are usually not passable, and their maintenance is not demanding. On the other hand, the intensive ones need a greater thickness of substrate, reason why they allow cultivating a wide variety of species. They can be passable, incorporate an irrigation system and their maintenance requirement is superior to that of extensive covers.

Create your garden at home

The most suitable species for a vegetation cover are those that require little maintenance and have slow growth. Also, we must take into account the climatic zone in which we are. Regarding the advantages of having a green roof. 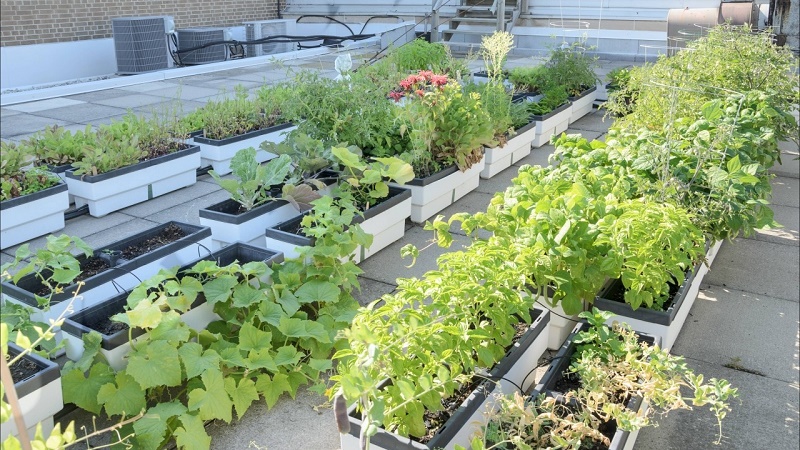 1. They diminish the effect called “island of heat,” which consists in the increase of temperature that takes place in the urban zones because of the construction, the shortage of green spaces or the accumulation of polluting gases. It happens when the concrete and asphalt of cities accumulate heat during the day and releases it at night. In cities like Madrid, for example, it is usual that, due to this phenomenon, temperatures of more than 25 degrees are given on summer nights. In fact, in the cities, the temperature is approximately 4ºC higher than in the non-urbanized areas. By increasing the green areas in the city, this difference can be reduced.

2. Control runoff. “Vegetable covers usually retain up to 90% of the rainwater,” says Carola Veres, of ZinCo Ecological Covers. A part of this water returns directly to its natural cycle by transpiration and evaporation from the roof itself, thus avoiding the saturation of the pipe network in the rainy seasons and, therefore, preventing flooding. The rest of the water descends through the gutter and enters the network.

3. The presence of vegetation in the city reduces pollution levels. Also, the plants filter rainwater through the substrate, thus reducing the harmful substances it contains. 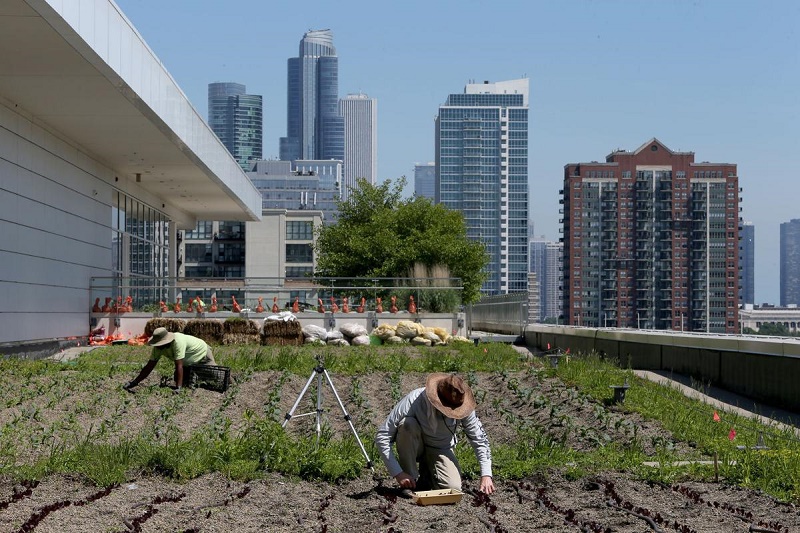 4. Improve sound insulation. A vegetation cover decreases the reflection of noise up to 3 decibels and increases the insulation by up to 8 decibels. In a conventional cover, the sound waves bounce, while in a vegetable they are absorbed.

5. They provide thermal inertia. A concept refers to the amount of heat that a body can hold and the speed with which it gives or absorbs it. A plant cover serves as a regulator of the internal temperature of the building. That is to say, in summer it conserves the freshness and in winter, the heat. If in doubt, this type of roof considerably improves the interior comfort of the building and generates energy savings.

6. Isolate from electromagnetic fields. It is a growing concern in the cities for the increase of mobile phone antennas in the roofs. The “raw” earth, that is, the substrate of the green cover, acts as an absorbent of electric and electromagnetic fields, preventing them from entering our home. 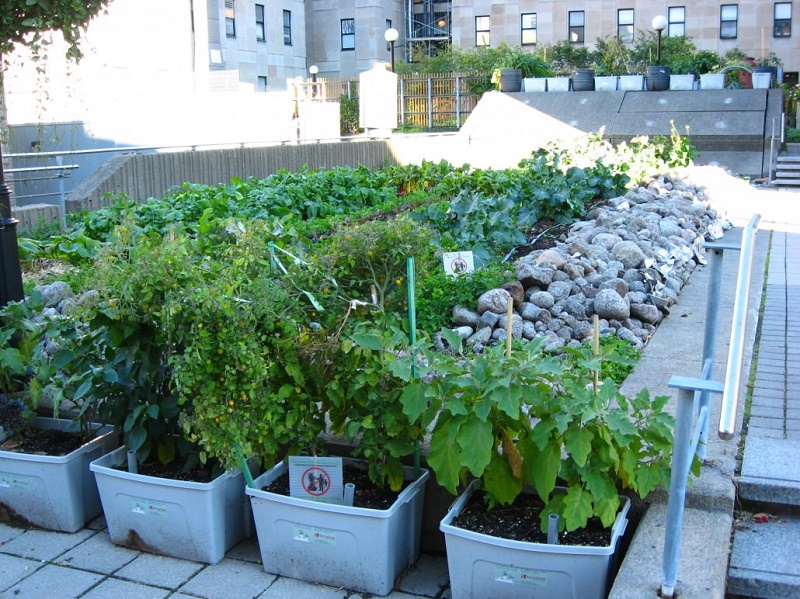 7. They extend the useful life of the waterproofing of the roof, whose aging is caused by sudden changes in temperature, which cause the waterproofing material to lose elasticity, cracks, and leaks. A roof of ceramic tile can reach 60ºC in summer; while a green cover does not exceed 35º.

The keys to the proper functioning of a rooftop garden are three: waterproofing, drainage and the evacuation of irrigation water, and the adequacy of the structure to the weight that the building can support. What do you think about this rooftop garden benefits? Did you know the advantages of garden roofs?

How to Grow Chives Indoors and Outdoors Yourself

How to modernise an outdated kitchen

How to Paint That Looks Like Wood? 2 Useful Techniques

What is cold intolerance?

How to Restore an Old Steamer Trunk? Step by Step Guideline

How to find the perfect home?

DRAIN FIELD AND IT’S REPAIRING— An insight into the procedures