The lemon tree miner or citrus leaf miner, with the scientific name Phyllocnistis citrella, is a micro-moth whose larvae parasitize citrus leaves. It is a relatively difficult pest to control since, by its nature, it is difficult to attack the larva while feeding on the leaves from inside the galleries it has created.

It is one of the most common pests that attack citrus fruits and, therefore, one of the most feared since they can seriously damage citrus fruits by feeding on the juices and not allowing them to give new shoots, leaves or fruit. In Spain, in 1993, it caused one of the most serious plagues that the cultivation of these fruit trees has suffered if you want to learn how to combat the citrus miner, article where you will see several remedies well as ways to prevent it.

How to prevent citrus leaf miner?

Besides knowing what to fight against the citrus leafminer worm, it is very important to know how to prevent it to avoid the problem. To prevent citrus miner, we recommend two important cares:

If you keep your citrus fruit clean of adventitious plants in its surroundings, it will be more difficult for the pest to reach it. Similarly, a black mesh covering the base of the tree will make it difficult to continue the insect’s life cycle since the larvae will not bury themselves when falling and will be susceptible to their natural predators.

The adult female of the insect is a gray or silver-colored moth about half a centimeter in length. It makes its laying on the buds information of the plant and, when the eggs hatch, the small larva makes its way into the underside of the leaf. 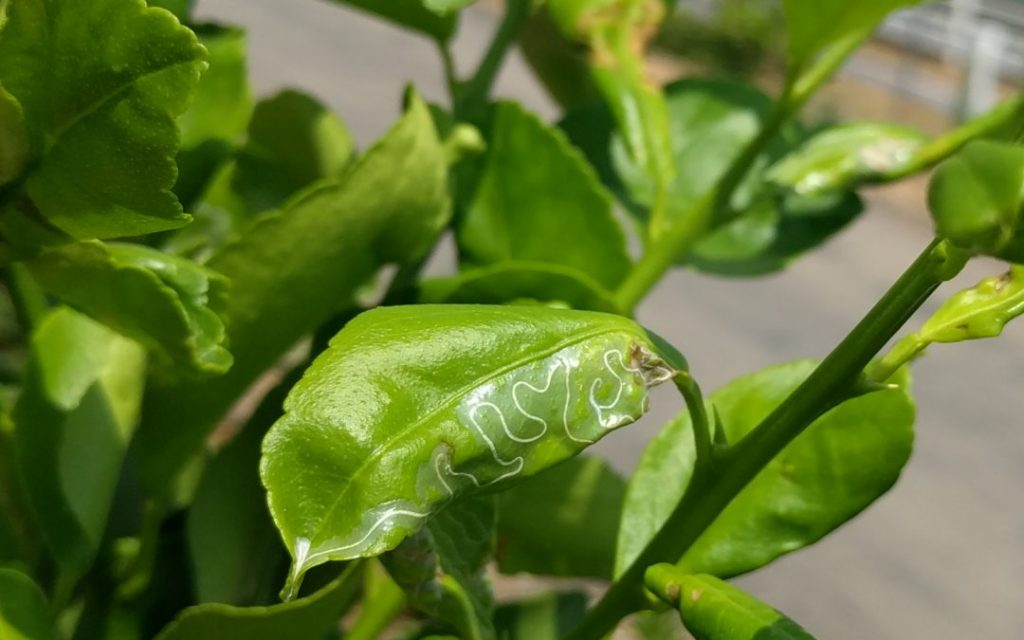 The eggs are transparent and very difficult to see with the naked eye, so it is easier to identify the pest through the galleries and the easily identifiable string of defecations that the larva leaves on the leaves as they feed. When it has grown enough, it forms a pupa near the outside of the leaf and causing the leaf to fold over the pupa. A few days later, the adult comes out, ready to start the citrus miner’s life cycle again.

If the pest is not too aggressive, it is most likely that the treatment against the citrus miner will be completely natural since these insects have their natural predators. However, if it is a serious pest, we will have to take measures to avoid further damage to the crop.

The neem oil or neem is one of the natural and organic insecticides commonly used to treat all types of pests. One of its main advantages is that it has a long permanence in the plant of around 3 weeks, so in addition to ending the miner, it will avoid the attack of other suckers. Dilute between 3 and 5 ml per liter of water and water the plant with it.

Natural predators of the citrus leafminer

Resorting to the biological control of the citrus miner is a great option in large crops. You can use lacewings or the wasp Diglyphus isaea. In any case, these are effective but expensive treatments that are rarely used in small crops or gardens. There is also Bacillus thuringiensis, a bacterium that preys on caterpillars or larvae.

The common mosquito bird (Phylloscopus collybita) is another example of a natural predator, although we mention it separately because it is a bird and not other insects or bacteria. This small bird feeds on the citrus miner’s larvae, which it knows how to extract from within the leaf without problems, as it is one of its favorite delicacies.

Potassium soap for the miner

Potassium soap is another ecological insecticide widely used against all types of pests, as it is non-toxic, biodegradable and harmless. Using potassium soilminer soap is no different than with any other pest.

Pepper is another good citrus miner treatment. This is how to prepare the pepper for the lemon miner and other citrus fruits:

This is a very powerful citrus miner insecticide prepared with several already very powerful ingredients separately. To make apichi for the miner, you will need unground black pepper, garlic and chili peppers as hot as possible, as well as 96º alcohol.

Another option that we recommend if you want to know how to kill the citrus miner is to use chromatic traps. The miner also prefers the color yellow, so chromatic traps of this color are another great option that prevents us from contaminating the soil with chemicals. However, they can also attract and trap other insects.